So You Think You Know Meta Model? 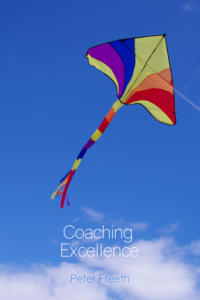 I presented a workshop at the 2017 NLP Conference in London on this subject, so here are some notes from the video which you can find here on Facebook, and here on YouTube.

I asked for someone to present a question that they might ask in a coaching session, and a volunteer kindly offered this:

At first sight, and to the average man-in-the-street, this looks fine. Influence is a quality that a person has, and a person can therefore have more of it, and the question is about how to achieve that. The average friend or colleague might offer advice on how to speak, how to dress, even clever language patterns to use.... NOW!

However, none of that advice would be effective, because influence is not a quality that a person can have. If anything, influence could be a quality of a relationship, but not of a single person. For influence to take place, one person must have some kind of relationship with another, and the first person must want something which is somehow transferred to the second person.

A child can influence its parents, a wife can influence a husband, but those people do not intrinsically have influence, it is a property arising from how the second person relates to the first. You might be able to influence one person, but not another, even if you say and do exactly the same things.

Let's step back and look at the whole statement again.

Something I like to do during Meta Model analysis is to substitute words and see if the statement is still grammatically correct.

"How can I have more cheese?"

Yes, it still makes sense. Cheese is a thing, an object and I know where to get it. Even for something hard to get: "How can I have more spaceships?" I could probably still figure something out. I'd call NASA or look for their eBay listings.

Therefore, what we have is a nominalisation. Nominal = to name, and to name something is to objectify it, to turn it into an object. In fact, influence is a verb, an action, and a verb is nothing more than a description of change over time. That change cannot exist in itself, it can only exist as a function of the things which are changing. When the leaves turn brown and the nights grow shorter, the season is changing. The evidence of change is in the objects themselves, via our perceptions of them. Therefore, a verb and the change that it represents is a function of our perception. As you read these words, change is going on all around you. Your eyes are moving, but you probably don't notice. Maybe a clock is ticking, or traffic is passing by, or people are talking, but you're not focusing there, so you don't notice those changes. As you shift your focus, your perception changes in order to track your perception over time. You label that perceptual change with a verb.

A verb describes a relationship between two things. In language, those two things are termed the Subject and the Object. The Subject is the thing performing an action, and the Object is the thing that the action is being performed upon, and that action is the Verb. In English and many other languages, those three elements have to be in the order Subject Verb Object so that the listener know which is active. Other languages are in the Subject Object Verb order, and again, the sequence defines which thing is active.

Our sense of language is so flexible that we can easily move words around and miss words out and the listener still has an idea of what's going on:

The cat sits (where?)

The cat is on the mat (doing what?)

It's sitting on the mat (what is?)

The reason that we can still make sense of these 'sentence fragments' is that the listener fills in the gaps from their own experience. As long as you have seen a cat and a mat, you can fill in the gaps. However, if the fleem is trilting on the cablet, you have no idea what is going on. Welcome to my world.

Influence is not a thing which can be possessed, it is an action which takes place between two people. By turning the verb into a noun, it moves to where the object should be, and that does two things. Firstly, it takes the action out of time, so that it exists always and cannot be changed. Secondly, it pushes the true object out of the picture, so that we cannot see who is being acted upon.

After some time and some repeating of the question, "Who do you want to influence?", the volunteer said that the person in mind was a senior manager in their organisation.

Finally, we can reconstruct a correct statement:

"How can I influence my senior manager?"

That is a much simpler question to answer, because now we can consider the relationship between these two unique people.

However, what is far more significant is this: Why not just say that in the first place?

The answer is that the objectification of 'influence' was not accidental. If an action, a relationship becomes a thing then a person can control it. The nominalisation of influence from a verb to a noun tells us that the speaker doesn't want to influence the manager, they want to control them.

A need for control is a natural reaction to a feeling of threat or risk. Frustration arises from trying to control something that is outside of your control.

"How can I have more influence?" starts with a presupposition, "how", telling us that the speaker believes this to be possible, for one of two reasons; either they have influenced before, or because they believe they influence everybody.

"Have" takes the place of the verb in the sentence, but it it's not exactly a verb. It means "to possess", but it doesn't tell us anything about an action. It's a moment in time, an ongoing relationship which connects with the nominalisation of "influence". It doesn't tell us how the speaker plans to get more influence, only that they can imagine themselves having it. During the presentation I held up a pen and asked if anyone remembered how the pen got into my hand. To have something presumes that at some point in the past you acquired it. If you don't remember acquiring it then that becomes implied.

The home retailer IKEA uses this principle very nicely. When you go into their store, they have room sets laid out as living rooms, bedrooms and kitchens. Not just a warehouse full of furniture but realistic sets. If you go into an IKEA store, you will see young couples relaxing in armchairs, hallucinating that they are in their own home. Logically, if I am in my own home then these are my possessions, this is my furniture, and logically I must have bought it, and before that I must have made the decision to buy it.

In just 6 words, we have determined that the speaker wants to influence someone, that they experience frustration at not being able to control that person and that they are comparing their ability to influence to another person or people. We can also deduce that influencing someone is far more complicated than simply asking for what you want. Frustration is the result of energy or force acting against a barrier, and that barrier is internal, indicated by the feeling of frustration which we observed and the modal operator of possibility. That barrier is a feeling of fear. Therefore the reason that the speaker is unable to get what they want is that they are afraid of asking for it.

As soon as I spoke about fear being the barrier, the volunteer said that the feeling of tension moved from her shoulders to her stomach, and said, "I can deal with it when it's in my stomach", indicating that she had reached some point of resolution.

Six words, no intervention with the client and no techniques. All I had to do was accurately locate the "problem" and the client was able to take the next step all by themselves.

At the end of the workshop we heard another statement:

"don't" is a contraction of "do not". All of these next examples show the negation in different places, with different meanings:

In each example, the negation relates to a different word in the statement. The sequence of "do-not" is like "start-stop". Do something, stop doing it. This told me that the speaker starts many projects, either at the same time or one after the other, and doesn't feel like they finish them or see them through to completion, and that the reason for this is a lack of hard work. That sounds like the kind of thing that a parent or teacher would say. I suspect that the speaker does in fact work very hard, but doesn't feel that they accomplish anything significant, something which would 'count' in the eyes of that parent or teacher.

This creates something that in electronic systems we call an 'open feedback loop'. The system's output keeps increasing because the system doesn't know that the target has been reached. If I don't know that I'm already good enough, I keep trying harder.

In the workshop, I wanted to demonstrate the analysis, not how it's integrated into a coaching session. Whatever coaching approach you use, you can now focus on the real issue, and whatever you do will have significantly greater impact for your client.

For me, the most important point is this: If you work by channeling energies, or waiting for your spirit guide, or by giving your client space to explore, then you might 'get there' eventually, but the process will be unpredictable. When the basis of your work is systematic, methodical and analytical, your results will be consistent and reproducible. You will know that every time, with every client, you will know in the first few minutes of the session what direction you'll be going in. Once you have that knowledge, you won't rush into some technique or other, you will create an experience for your client which they will engage with and trust in, and that's what I meant when I said that your work is then a matter of performance, not technique.

Once you know where you are, if you then want to present your work as energy work, or spiritual healing, or co-active coaching, or TA, or hypnotherapy, or just a good old fashioned slap round the face, that's up to you, that's how you define your style of work. The Meta Model approach that I have demonstrated to you gives you that freedom to choose and work in a style which suits you and suits the clients who you want to attract.

If you're interested in my books on this subject, the closest book to the workshop content is Coaching Excellence which includes chapters on identifying the core issue and working through fear. The NLP Practitioner Manual does of course contain the Meta Model at a basic level, and The Master Practitioner Manual contains more detail and worked examples.